After volunteering at Joaquin Miller Elementary School this past Wednesday, PiE had a day full of Hour of Code in honor of CS Education Week.

Early in the morning on Friday, PiE members visited Oakland Technical High School to participate in their CS ED Week assembly. As a part of the assembly, there were representatives from the Oakland School District, Level Playing Field, UC Berkeley, Computer Science Teachers’ Assosiation, as well as Ali Partovi, co-founder of code.org and one of the primary organizers of the Hour of Code. Partovi made a brief presentation, during which he spoke about his experiences with CS, starting from seventh grade, and about the importance of computer science in society, as well as CS Education Week.

Following the assembly at Oakland Technical High School, PiE hosted an Hour of Code at Ralph Bunche High School and Alameda Community Learning Center, as a part of the PiE Prep program. Students spent an entire hour doing an online tutorial, which varied from the Blockly Angry Birds tutorial to any of the Javascript tutorials.

PiE was glad to be a part of CS Education Week and to have hosted an Hour of Code. For those of you interested in doing a tutorial at home, check out code.org. 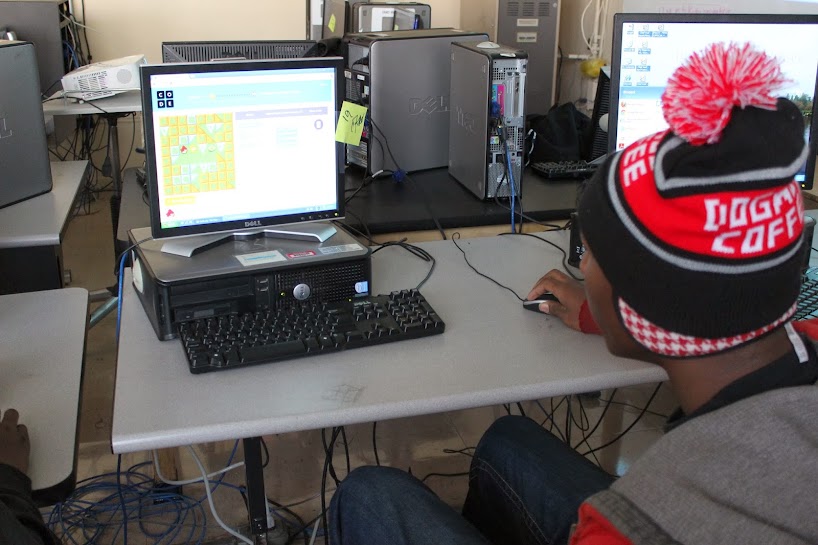